Should children do strength training?

A controversial and highly debated topic. Here we look at strength training for children, Strength Coach Nick Grantham’s view, and explore some of the common questions when it comes to training our younger population. If you’re looking to skip straight to our Youth Strength and Conditioning Courses head to this page on our YSCA.

As adults, it’s becoming increasingly accepted that the effort you put in the weights room will directly impact your performance in sport. We also widely acknowledge the health benefits of strength training and the ability it has to transform your physical appearance, but should that be mirrored for children?

At what age can children start strength training?

Elite athletes such as Christiano Ronaldo were training from age 7, British Powerlifting accepts competitors from age 14 in their youth divisions and then there are incredible cases such as that of Damiyah Smith, who at just 12 years old had broken 27 world records as the youngest sponsored athlete in the world.

Are these children exceptions to the rule, or should resistance training be implemented in our youth and adolescents?

What is resistance training?

According to the book of Sports Medicine resistance training is defined as a programme of exercise, which uses one or more types of training systems. Methods include bodyweight exercises, resistance work such as free weights and traditional Olympic lifts. Research discussed in the National Strength & Conditioning Association Journal suggests that if taught with correct technique, resistance training can improve a child’s (here we discuss age 11 +)  balance, proprioception strength and power(2).

Why is resistance training in children so controversial?

The popular assumption is that training in children aged 11-16 could be potentially harmful to young performers whilst they are still growing. One of the earliest papers came from Eastern Europe back in the early 1960s. A study investigating the trainability of lower back muscles following a course of isometric resistance training failed to demonstrate any significant improvements in strength. Further studies looking at leg and arm strength also failed to find any substantial strength gains(3). This research however used minimal training loads, it lacked progressive overload and was only over a very short time period.

Training programmes incorporating progressive overloading of the muscles have provided evidence that strength gains in young athletes are possible (even pre-puberty). In 1986 a group of boys aged between nine and 10 embarked on a period of resistance training. At the end of the training period significant increases in elbow and knee flexion and extension were recorded(4).

Whilst there is evidence to support increases in strength in children age 11-16, a common question that arises is ‘how can children pre-puberty produce the hormones needed to build muscle and improve strength?’. Hypertrophy is hugely influenced by testosterone. Early studies showed that strength training was not increasing muscle size or performance ie (strength) and therefore the conclusions were drawn that there was very little benefit. However, as studies continued we started to see improvements in strength, despite the lack of muscle hypertrophy.

Children are not to be treated as mini-adults, their neurological systems differ and theorists suggest this is why we see strength gains without testosterone(5). Evidence suggests that strength increases in line with the development of the nervous system, which is of primary importance in the exertion and development of muscular strength. Research has indicated that there are three likely determinants of strength gains: improved motor skill coordination; increased motor unit activation; and undetermined neurological adaptations(6).

Subsequent research confirmed that strength gains in young performers could be attributed in part to increased neuromuscular activation. Both motor unit activation and motor coordination increase still further when multi-joint complex lifting activities are used rather than isolated movements. Specificity is important for improved motor coordination: researchers have demonstrated that more significant improvements in strength occur in the specific exercises performed during training than with non-specific exercises such as isometric elbow flexion and knee extension(1).

How do strength and conditioning improve performance in sport for young athletes?

Evidence suggests that strength and conditioning training can support improvements in performance by helping develop strength in young athletes. Many sports such as netball, rugby, football, all require strength & power to allow the performance of multi-joint movements.

There are a variety of tests coaches can run to measure improvements in strength and power and typically we see the stronger the athlete, the higher they can jump, faster they can run and the harder they can kick a ball.

Will strength training in young athletes lead to an increase in injuries?

In 1987 the US Consumer Product Safety Commission reported that resistance training was a harmful activity for children. The report highlighted the disturbingly large number of injuries associated with resistance-type exercises; 8,543 injuries were incurred by 0-14-year-olds and ranged in severity from sprains and strains to fractures. Approximately 40% of the injuries occurred during unsupervised sessions in the home. A subsequent study investigating sport-related injuries in school children taking part in 22 sports found that resistance training produced just seven injuries from a total 637, placing it 17th on the injurious list(8). The message is clear: if young athletes play around with weights at home or during unsupervised sessions they could well end up injuring themselves. However, if you closely supervise your young athletes during resistance training sessions, ensuring they follow a structured training programme, they should be at no greater risk of injury than when they are taking part in their chosen sport.

Another area of concern is the potential damage resistance training can cause to the immature skeleton: increased physical activity in children is often associated with musculoskeletal damage(9). The skeletal system is in its formative stages during pre-adolescence and does not fully mature until early adulthood(10). It is commonly thought that the use of resistance training could contribute to damage of cartilage, bones, joint surfaces and tendons. It has even been suggested that damage to growth cartilage can result in stunted growth. Other structures, such as the spine, have also been highlighted as an area of potential injury. Although these issues are a serious cause for concern, some experts feel that the case may be somewhat overstated. Research has shown that sport-related musculoskeletal damage occurs very rarely. The majority of cases have been linked with maximal overhead lifts of the sort associated with powerlifting, and no evidence has been found of skeletal damage in relation to resistance training (1).

If resistance training for children is a new area to you, here are some of the basic guidelines you should think of when putting together a training programme for kids by Nick Grantham:

If you would like to learn more about S&C coaching and Youth athletes check out our range of courses in strength & conditioning for youth.

If you’re looking for the most in-depth, comprehensive blend of online learning and classroom tuition from experienced Strength & Conditioning Coaches, our Strength & Conditioning Level 4 Coach course is for you. This is our most popular and flagship training course which leads to a highly regarded and industry recognised certification. The course is perfect for Personal Trainers and those with a good level of sport/sport science knowledge. Our team of tutors will support you every step of the way. You will graduate with all the tools, knowledge, understanding and talent to build an amazing business and career.

Prefer to start with the very basics before venturing into the full level 4 Strength & Conditioning course? Master the strength & conditioning fundamentals with our online programme which will enable you to learn the basics in your own time, easy to fit around your life and other commitments, whilst beginning your journey into strength & conditioning. This course often leads onto more formal specialisms in personal training and strength training. 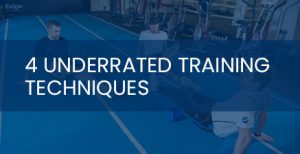 4 Underrated Training Techniques You Can Do From Anywhere

With more and more clients looking to train from home, or with a hybrid home/gym programme, it’s important to include exercises within your programmes that can easily be performed at home. That’s why we wanted to share with you our 4 underrated training techniques that we think you should be implementing in your programmes and why! Hill sprints  If you/your client are looking to get 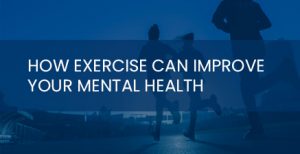 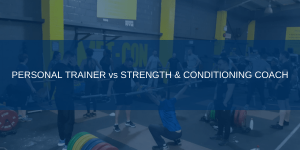 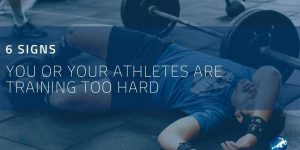 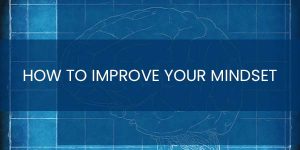 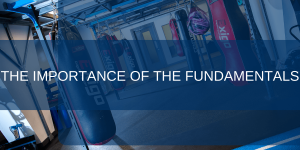