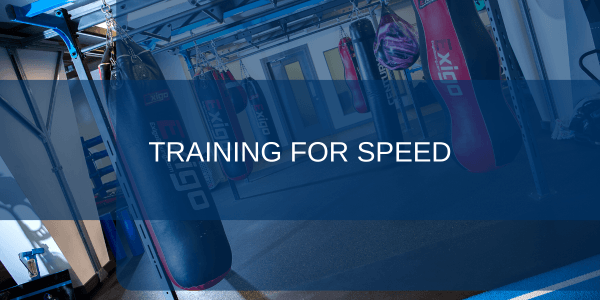 In this article S & C Coach Jared discusses a common hurdle coaches face, should they train their athletes for speed or will it increase risk of injury?

Jared is a former international 400m athlete and has competed at every major senior international championship throughout a 10-year career. Currently, Jared is the Scottish Rugby Union Academy S&C Coach. He shares his thoughts below:

There are many interesting takes on what constitutes speed and the development of this ability. When looking at running based speed development for ‘on feet’ sports there are many reasons why the technical skills and physical capabilities of speed should be developed and regularly rehearsed.There can be some resistance to speed training, with two arguments being – it is potentially injurious and, players don’t reach those speeds on the court/pitch/field.

Let’s address each of these arguments in turn: Potentially Injurious – yes it is. However, so are many other training and competition practices which we are happy to continue to do. Like many of these other practices, if delivered in the right way, the athletes/players are prepared properly and with appropriate progressions then the chances of injury are reduced. The most effective way to prepare for something that might cause harm is to practice that thing under controlled conditions – if you get sore quads from squatting then guess what? Doing more regular squatting will get rid of that. This is the same with sprinting. Once a capacity has been developed and tolerance has built up, then risk of injury and/or soreness is then reduced. Irregular exposure or inappropriate technical and intensity progression to above 95% of maximum speed is where problems occur.

Additionally, not exposing players to regular dosages of high speed running within training may divert the chances of injury to the competitive arena when this skill/capacity/ability is called upon at a vital moment! Even those athletes doing all the Nordics or hinge based hamstring exercises they can will not achieve levels of muscular activation through the hamstrings that sprinting will achieve – the best hamstring strengthener and conditioner for running (and transferable to many other activities) is high speed running.

Game Speed – the second argument about the speeds required on the pitch can also be countered. The development of high speed running abilities is not a direct leap to say ‘we do this because this is what happens on the field’. It is a fundamental athletic ability. The ability to move quickly is transferable and underpins a wide range of athletic traits that athletes of many sports would find beneficial.

Those that run fast can normally jump high, lift things quickly, throw things far and have a greater potential to increase change of direction speed, even if it is initially the development of what is labelled ‘linear speed’, those transfers are there. Even if you are running quickly in a curved arc, your hips are pointed in the direction of travel and the fundamental shapes, intents and positions of high speed running are there. Improving the range of athletic abilities that high speed running impacts positively on creates a better athlete for the coach to use and improve in their sports specific training.

Additionally, those athletes with speed capabilities can also operate at a lower relative effort around the field of play. If I can run 9.5m/s and my competitor can move at 8.5m/s and the game is played at an average of 8m/s then it is going to feel easier for me to play that game than it is for my competitor. This gives me multiple advantages and places go to that my competitor cannot. If I increase my top speed then I can have an even bigger cushion or can choose to operate at faster speeds for the same relative costs! Don’t dismiss speed.