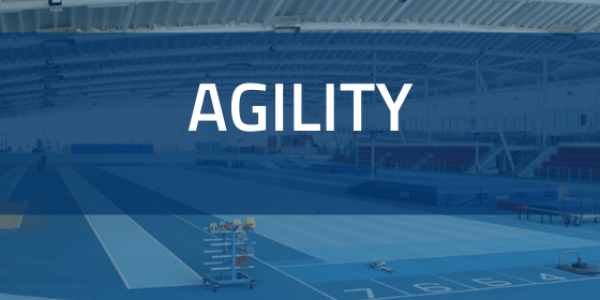 Strength & conditioning leaves no area of fitness uncovered. A good coach will build on areas such as strength, power, agility, endurance and flexibility.

To effectively master strength and conditioning we need to have a good understanding of all it’s components and how we can programme workouts that utilise the way different areas of fitness complement one another. This article focuses on agility.

Agility is defined as a rapid whole-body movement with change of direction or velocity responding to an external stimulus, (Sheppard &Young 2006).

Agility is hugely important in many sports and therefore is a large focus in strength and conditioning.

So Why Do Athletes Need To Work On Agility?

In almost all sports, there are elements of anticipation and reaction, which in its essence is what agility is. An external stimulus (such as a ball or player) requires the athletes to use agility to perceive, anticipate and react with speed of movement.

For example, at it’s simplest level, a footballer playing in defence must anticipate and react to movements made by attackers.

As strength & conditioning coaches it is our job to prepare the client or athlete in the best way possible for the required event, which will include training specifically for the exact stimulus in the required sport, however, speed is also worked on in the gym and with strength and conditioning to improve overall agility.

Young, James, & Montgomery break down the elements of agility further which helps coaches establish key areas of work to add to their programming focusing on the cognitive, technical and physical elements.

By definition, we can see that agility requires coaches to build their athletes in more areas than just speed & change of direction, therefore testing must involve the “response to a stimulus”.
The reactive component of an agility test requires coaches to draw conclusions on the client or teams:

In practice, a defender’s reaction to an attacker’s sudden move is defined as an agility based movement, as it requires the cognitive quick thinking & reactive decision based on impulse as well as the change of speed. When initially testing an athletes agility skills we, therefore, need to ensure there is the reactive stimulus, which will usually be relative to the athlete or clients particular field. For example, continuing our football analogy drills can include speed runs between cones towards the goal including changes of direction, with the addition of either the stimulus in the form of either the football being thrown in or another playing attacking.

A study published in The National Institute Of Health focusing on evaluating the reliability and validity of agility tests in team sports, detailing factors that may influence agility performance, and identifying the effects of different interventions on agility performance found that agility tests generally offer good reliability. Interestingly for Strength and Conditioning Coaches, Higher-level athletes were shown to be, on average, 7.5% faster than their lower-level counterparts. Reaction time and accuracy, foot placement, and in-line lunge movement have been shown to be related to agility performance and therefore are all mechanics a coach can take into play when developing the athlete’s programme.

Agility testing will be relative to the particular sporting needs of the athlete, however below are some popular and widely used examples:

A simple test with minimal equipment. The athlete warms up for approximately 10 minutes. Once they’re warmed up sufficiently the athlete lies face down by the start cone. The challenge is manoeuvre through the cone course as quickly as possible against the clock.

Here is an excerpt from our Level 4 course discussing Agility.

The subject of agility testing is explored further during our Level 4 Strength and Conditioning Course.

Agility In The Gym

Ian Fisher, Lead Strength and Conditioning Coach at Yorkshire County Cricket Club, notes: “This neuromuscular element of game agility is arguably only trainable specifically by the exact stimulus, i.e. the game or sport itself (Siff 2002). However, the need for speed is an endless endeavour on the practice pitch and in the weights room too.”

Ian encompasses agility work into the team’s gym sessions with some of the exercise examples given below. He said: “The deceleration and push off action of changing direction requires relative strength, single-leg strength, balance and postural control and this is where I try to start when programming strength for agility. Building levels of general strength and power is required to influence the moment of inertia whilst decelerating and being able to cope with this high demand eccentrically and then concentrically is crucial.”

Key Exercises For Change Of Direction

Once general competencies are achieved you can start programming specifically, and adding the exercise you think will best influence the change of direction movement seen in the sport in a progressive manner.

As we’ve previously mentioned, with agility playing such a large role in altering an athlete’s overall performance it is vital that coaches can master the principles and apply it to their clients’ programming. On our REPs Level 4 S&C course we give you everything you need to practise and improve your own competence on speed and agility, and your coaching in general.

To find out more about our Level 4 course, register your details below.

Register Your Interest In Our Level 4 in S&C
+ Speak To Us
PrevPreviousWhat is Strength & Conditioning?
NextNew Coaching Workshop VenueNext 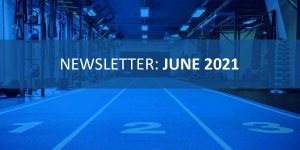 In this month’s newsletter I’d like to talk to you about Mentorship, a term that has become more and more common in recent years. So much so that I’m not sure anyone really understands what it means any more! I first became acquainted with the term as a mentee when as a teenager, I was obsessed with martial arts but had no real idea how 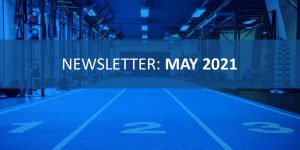 Is persistence enough? When we think about what it takes to achieve success lots of words come to mind….passion, drive, work ethic, etc etc. Personally I often think resourcefulness and persistence are a key part of the equation. Just having that ability to see things through even when it’s not going your way. But I don’t think persistence alone is enough, that could result in just